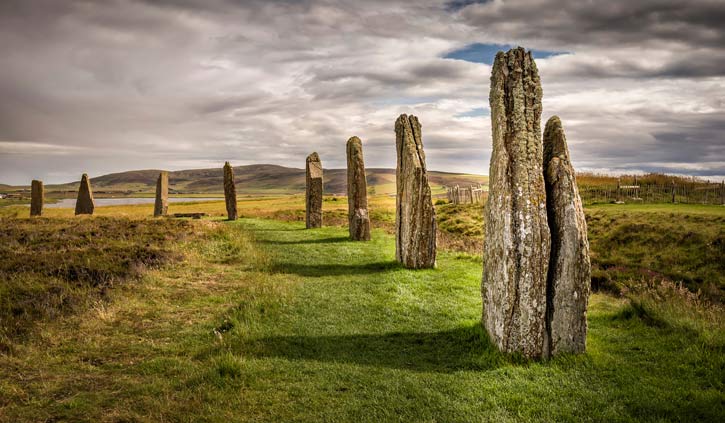 13 Nov Legendary History and Wild Nature of the British Isles 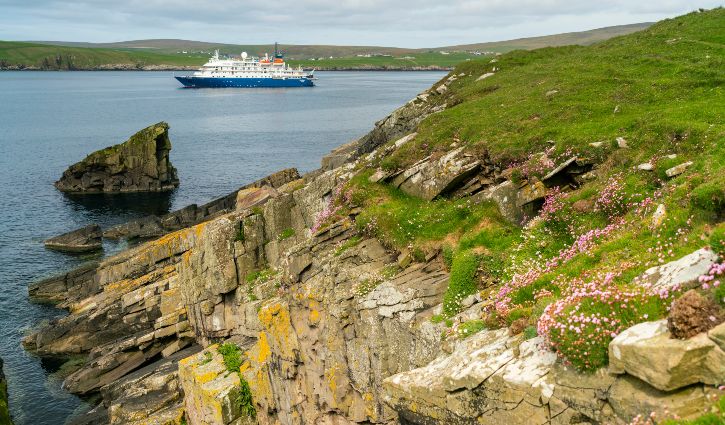 Having spent most of the first thirty-five years of my life in England, I’ve been fortunate enough to visit many of the diverse and beautiful places featured on this expedition cruise – and although it is quite different to an Arctic voyage (which is where the Sea Spirit will head afterwards), it still offers an incredible journey to unique destinations. The Legendary History and Wild Nature of the British Isles voyage departs Plymouth, England on the 8th of May 2020 and will travel through five countries in 13 days; England, Wales, Ireland, Northern Ireland and Scotland. 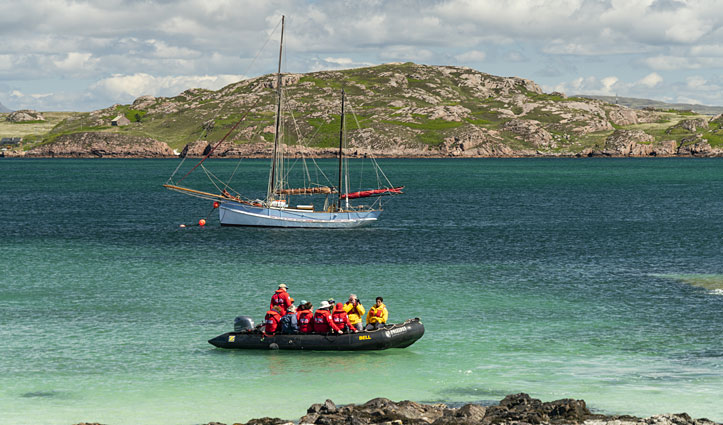 Normally this sort of trip would require many days spent in a car (and on British roads that’s not something I’d recommend as a holiday), numerous flights and several boat trips. However travelling on-board the comfortable 114 guest Sea Spirit means that you’ll often be cruising at night in your floating accommodation – eliminating the need to un-pack and re-pack every few days. Your expedition leader is the affable Dr Huw Lewis Jones, a British historian and a former curator of art at the Scott Polar Research Institute.

This fascinating trip commences in the Devonshire port of Plymouth, England on the 8th of May 2020. An overnight crossing of the Celtic Sea will have you waking in the beautiful Isles of Scilly where you’ll disembark on the Island of Tresco. From here, explore the famous Abbey Garden and 17th century castle ruins. Whilst Tresco is famed for its natural beauty, mild climate and exotic gardens, this idyllic island was part of the front line of Britain’s defences in the 16th century. Due to the threat from the Spanish and the French, two Tudor forts – the Old Blockhouse and King Charles’ Castle – were built to defend the harbours at Old Grimsby and New Grimsby. In the mid-17th century, Tresco had a prominent role in the Civil War and Cromwell’s Castle was built in the early 1650s to strengthen the defences of the New Grimsby harbour. 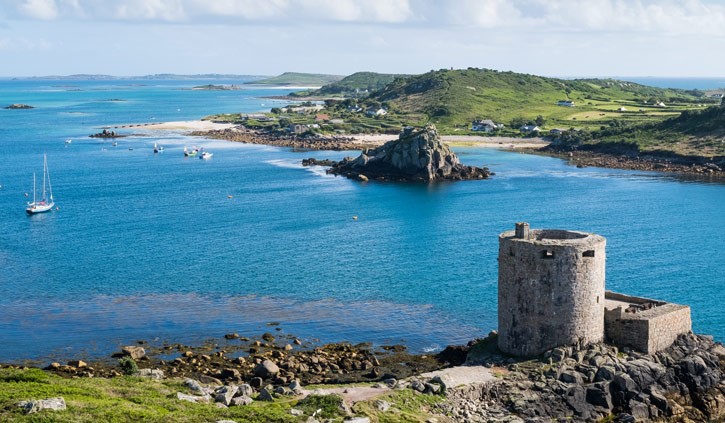 The next stop is the Republic of Ireland and a visit to the House of Waterford Crystal (and factory), in Dunmore East. You’ll also have the chance to stroll through the beautiful gardens of Mount Congreve.
Continuing on to crossing the Irish Sea, you’re soon in the Welsh port town of Llandudno. Llandudno is the gateway to Snowdonia National Park (Mt Snowdon measures 1,085 metres) where an overland tour will take you into to park as well as visiting the charming town of Betws-y-Coed and Swallow Falls. Just across the River Conwy from Llandudno is one of Wales’ most beautiful and well preserved castles – Conwy Castle. Completed in 1289 for the princely sum of £15,000, this wonderful castle is a World Heritage site. 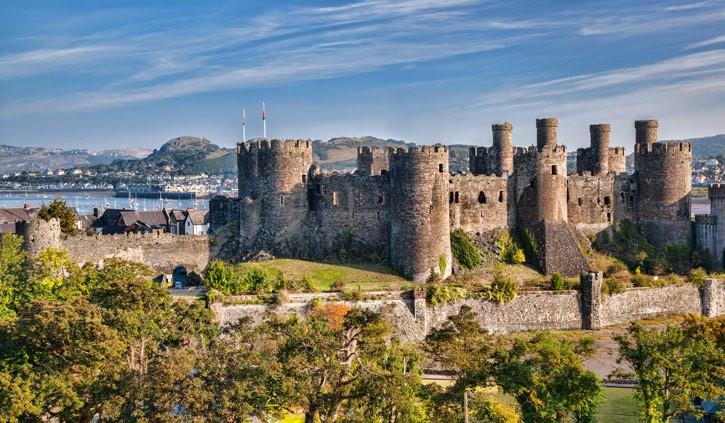 Heading back on board the Sea Spirit you will sail along the Irish Sea to Northern Ireland and the world-famous Giant’s Causeway, another World Heritage site comprising of 40,000 closely packed hexagonal basalt columns created some 50-60 million years ago. The surrounding cliffs and beach are home to northern fulmars, cormorants, shags, redshanks, guillemots, razorbills and with luck, the highly coveted puffins. 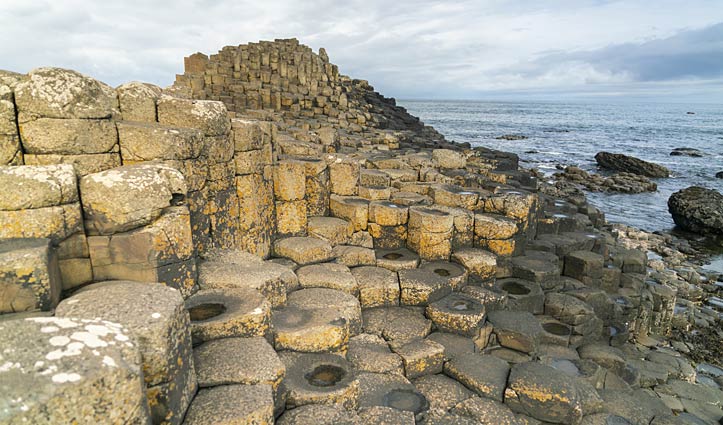 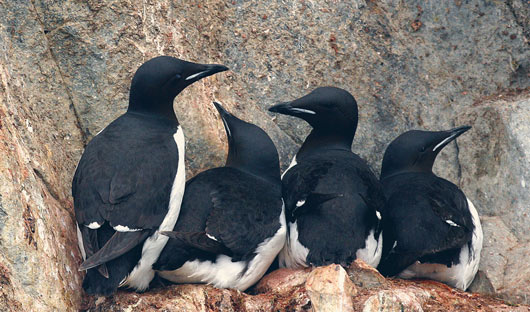 By now you will be on to your fifth country, Scotland. Here the Sea Spirit visits many of Scotland’s most beautiful Island groups including the Inner and Outer Hebrides, Orkneys and Shetland Islands. Stops on the Scottish Islands of Staffa and Iona offer opportunities to explore the famed Fingal’s Cave, or the Iona Abbey – founded in 563 AD. In the Outer Hebrides you’ll visit the remote Island of St Kilda. Kirkwall is your next port where excursions include the 5000-year-old village site at Skara Brae and the ancient Ring of Brodgar within the UNESCO World Heritage site.

Finally you will have the chance to explore the Shetland Islands; Mousa, Lerwick and Fair Isle. Here you’ll visit the Broch of Mousa, the finest preserved Iron Age fortification in the British Isles. At over 40 feet tall, this 2,000-year-old round tower is the tallest broch (hollow-walled structure) still standing and is among the best-preserved prehistoric buildings in Europe. Wildlife abounds with both grey and common seals, Arctic terns, and a significant colony of storm-petrels. 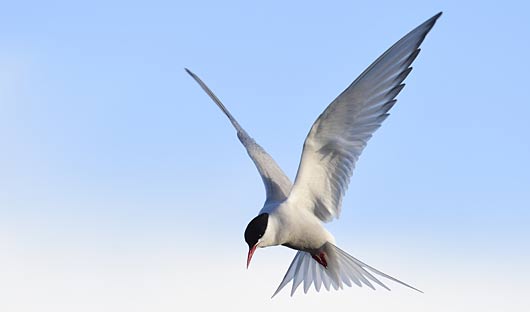 The rugged cliffs at Sumburgh Head, the southernmost point of mainland Shetland, attract thousands of seabirds and the grassy slopes above are particularly great for enjoying close encounters with puffins amongst beautiful wildflowers. At Jarlshof, one of the most remarkable archaeological sites in the British Isles, you’ll discover beautifully preserved stone structures spanning 5,000 years of human settlement, including Bronze Age oval houses, Pictish wheelhouses, an Iron Age broch, a Viking longhouse and a medieval farmhouse. 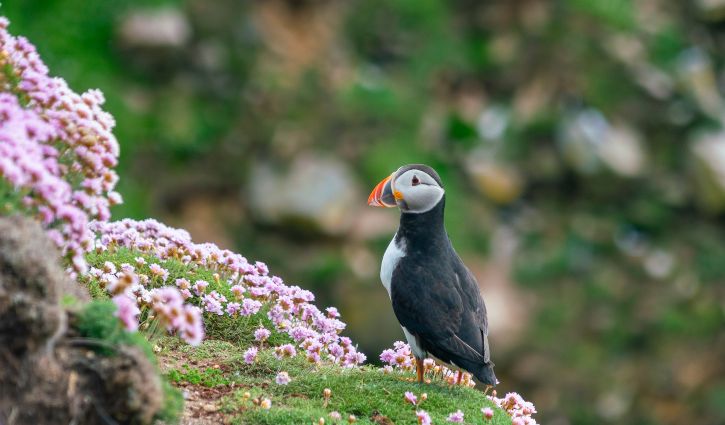 Fair Isle is a birders paradise where Puffins, Razorbills, Guillemots, Storm Petrels, Arctic & Common Terns, Kittiwakes, Arctic Skua and so many more, with occasional ‘lifers’ like Steller’s Eider roam the sky’s and breed on the cliff faces. 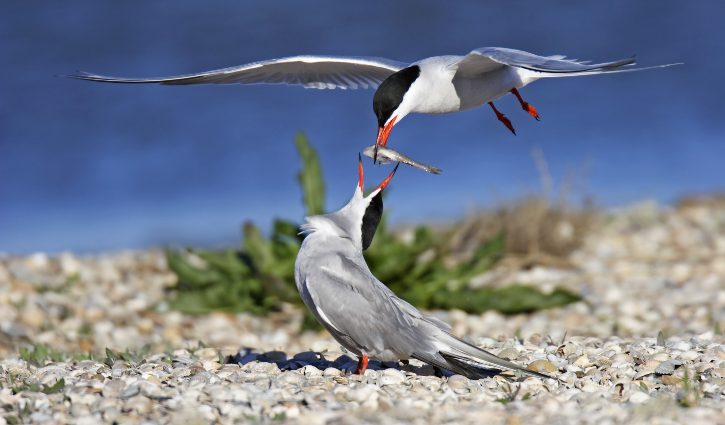 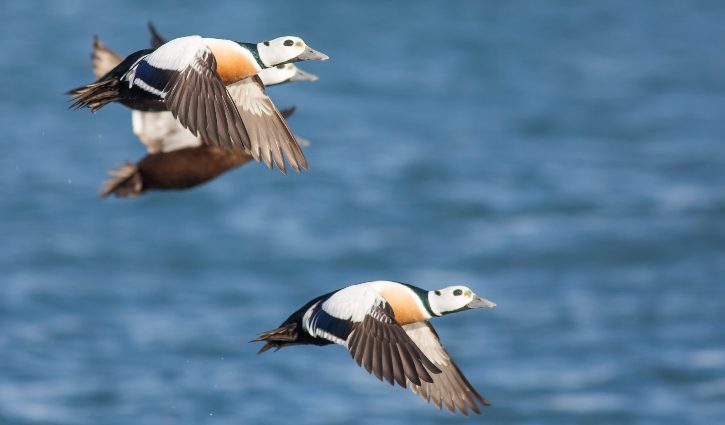 Your final Island stop of your adventure is Bass Rock, home to an astounding 150,000 gannets. This magnificent five country voyage ends the following day in Edinburgh’s port of Leith. 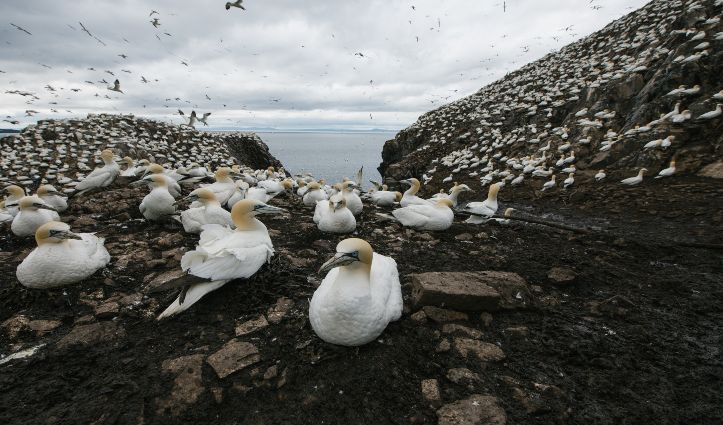 Limited berths are still available on the Legendary History & Wild Nature of the British Isles voyage.
Prices start from $9,556 per person for Main Deck Suite (inclusive of Early Booking Offer)
Book by 31st January 2020 and save 10-15% off your cabin price.
Exclusive to Luxury and Expedition Cruises: first 5 bookings will receive a complimentary cabin upgrade (subject to conditions).