An expedition cruise around the British Isles (England, Wales, Scotland, Northern Ireland and Republic of Ireland) offers the chance to combine many of the regions most amazing ancient historical sites along with excellent coastal birdlife.  Several voyage explore the remote and beautiful Islands that surround Britain and particularly Scotland: Inner and Outer Hebrides, the Orkneys and Shetland Isles.

Some of cruises depart from Scotland  via the Faroe Islands and  on to Iceland and even on to Svalbard in the Arctic.  If you’d like to explore Iceland in greater depth there are voyages that circumnavigate the Island all the while staying in your floating wilderness lodge.

Norway’s stunning fjord coastline and distinct culture can be discovered on several voyages that combine Norway with Svalbard (Spitsbergen): so you get incredible icebergs, glaciers and hopefully polar bears combined with Norway on one seamless voyage.

There is a range of Luxury and Luxury/Expedition ships to choose from; all with high standards, comfortable cabins and excellent food.  Just as in the Arctic & Antarctic (as many of these ships also visit the Polar regions) a fleet of inflatable zodiacs makes visiting the islands possible and easy.  Some land based tours are also included and you’ll always be escorted by knowledgeable expedition guides. 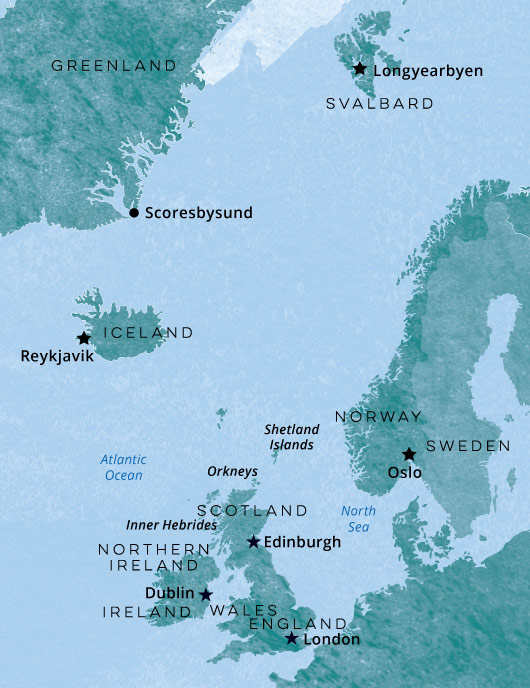 From the Norwegian Sea to Spitsbergen – With National Geographic

Natural Wonders of Greenland and Iceland

Iceland and Natural Wonders of Greenland

Northern Lights and Whales Tour One 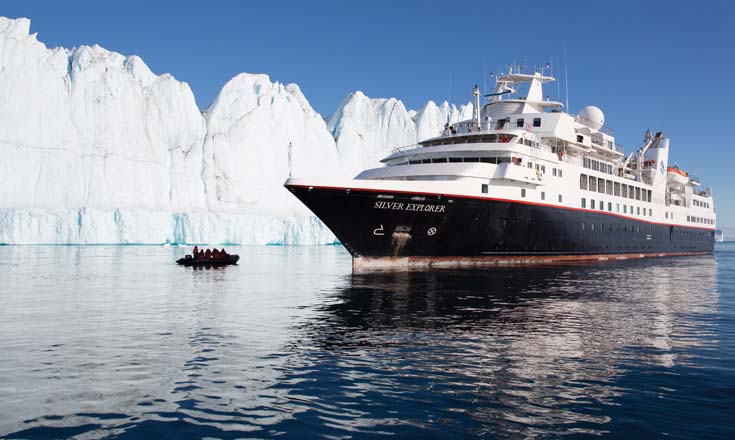 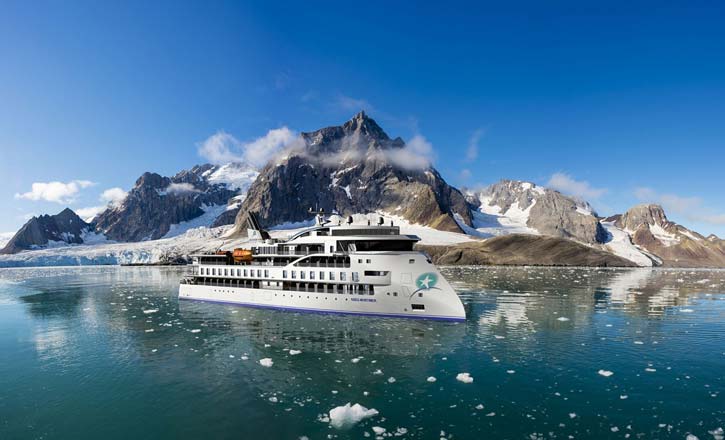