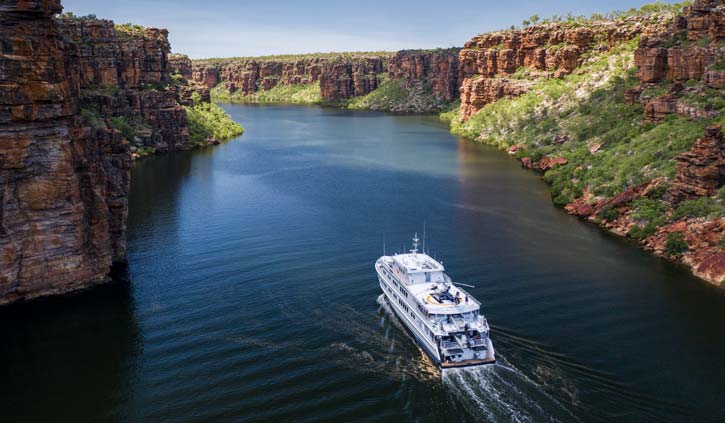 In August of 2019 I had the good fortune to cruise on-board the 32 berth Luxury/Expedition ship the True North. I have to say it was one of the most action packed and enthralling adventure trips I have ever taken.

We travelled from the beautiful Western Australian town of Broome to the port on Wyndham close to the border with the Northern Territory. An overnight cruise from Broome had us cruising through Buccaneer Archipelago. After an early breakfast we boarded smaller boats to explore the amazing Horizontal Falls. A unique site where the 10 metre plus dropping (or rising) tide causes water to rush through a gap between two cliffs. The result is a small waterfall, or perhaps better described as a set of rapids. The sea is a beautiful turquoise blue and the land a rich red colour: due to high iron ore content. So rich that nearby is the site of one of Broken Hill Proprietary (BHP) earliest iron ore mines at Cockatoo Island in the Yampi Sound. 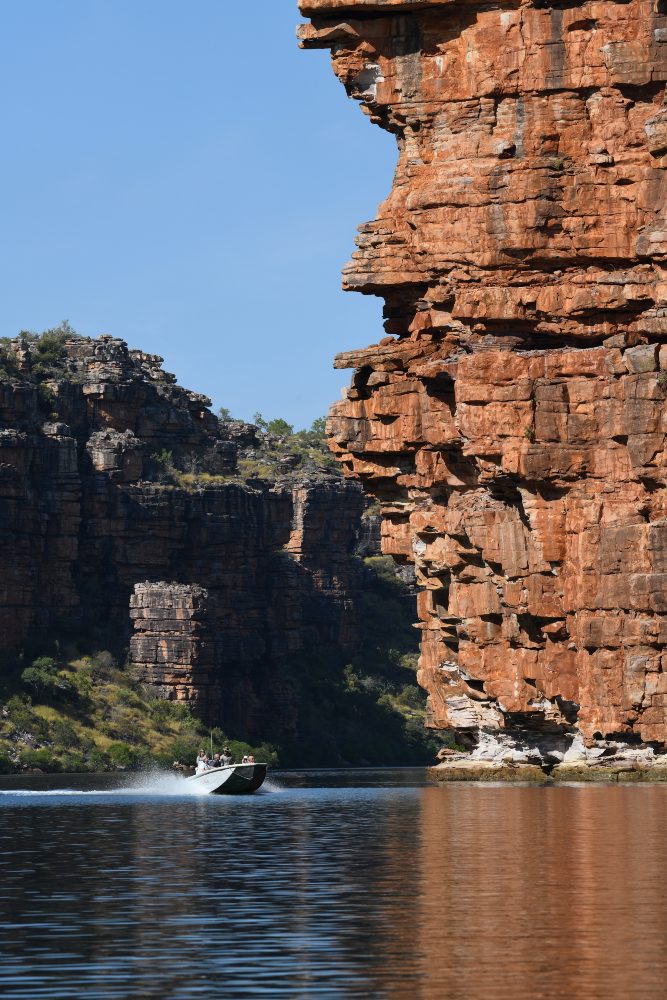 Later the same day we were exploring another of the regions unique places, the amazing Montgomery Reef. The Reef is caused by the same feature as Horizontal Falls, massive tidal range. As the tide drops a massive (400 square kilometres) inshore reef is exposed, rivers, streams and small waterfalls are created over several hours each day. We again took to the smaller boats with outboard motors and knowledgeable, enthusiastic and friendly guides. Within half an hour the reef was actually above us. Turtles, reef sharks, Whimbrels, Reef egrets and numerous other birds take the opportunity of the exposed reef to feed. 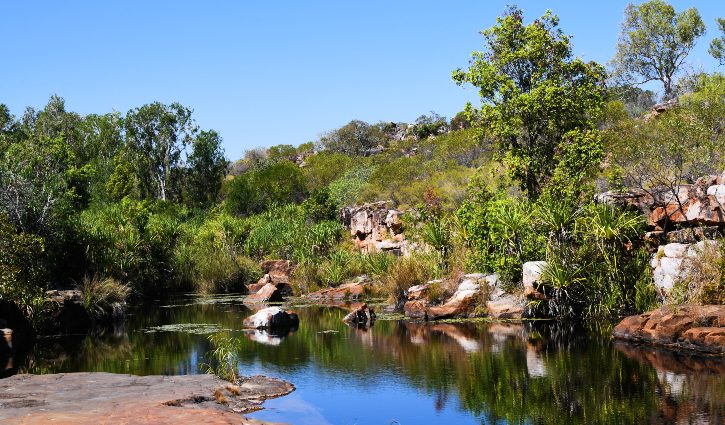 We later returned to the True North for a wonderful dinner before setting sail to our next place of interest. The next six days unfolded in a similar way. We explored Prince Regent River and King Cascades, Hunter River, Jackson Falls, Eagle Falls, King George River and the twin King George Falls. 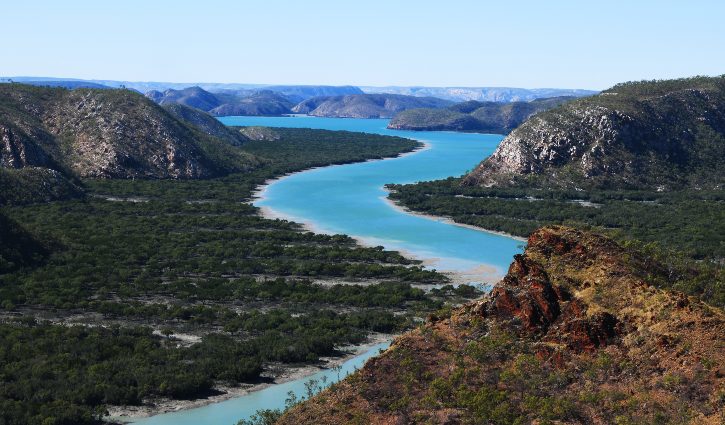 The Kimberley Snapshot voyage is at its name suggests – a quick, in-depth, look at this amazing region. There were options to go fishing for barramundi and mangrove jack, cruises to search for Dugong, Saltwater crocodiles and local birdlife, short and medium hikes to pristine billabong’s for a refreshing and well-deserved swim, walks to view beautiful aboriginal art and from June to August the chance to witness humpback whales. 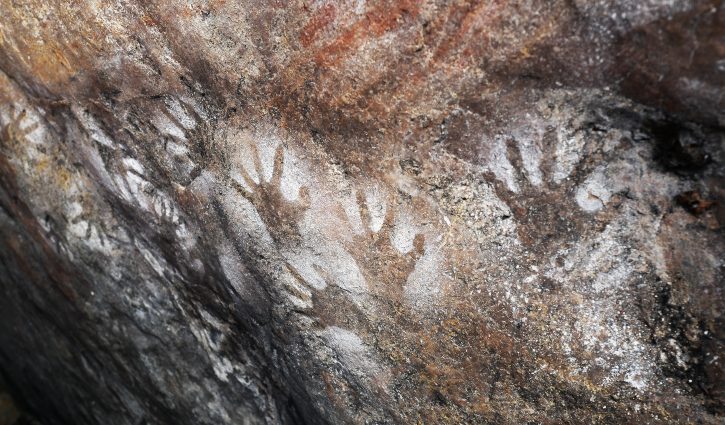 The True North also has her own helicopter an ultra-quiet EC130 B capable of carrying 6 guests. I cannot recommend enough adding several helicopter flights to compliment terrestrial and water based activities. See An Ariel View of the Kimberley article.
All too soon we were waving goodbye to the True North’s excellent crew. To view all of True North’s Kimberly cruises click here.
To book your holiday to the Kimberley’s contact us on 1300 987 929 or email: contact@luxuryandexpeditioncruises.com.au