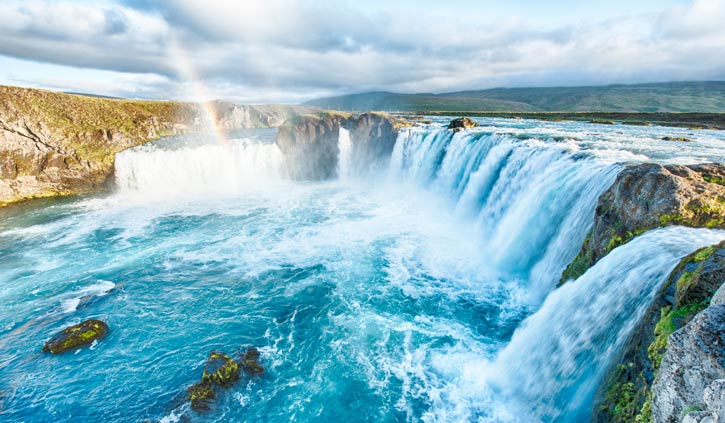 In July this year I was lucky enough to experience the highlights of Iceland on a small group tour.  Starting in Reykjavik, the countries capital, the 8 day tour was a great taste of what Iceland has to offer.  Reykjavik is a lovely small city making it is easy to wander around with a visit to the Sun Voyager Viking steel sculpture and Harpa Concert Hall, both worth the stops. 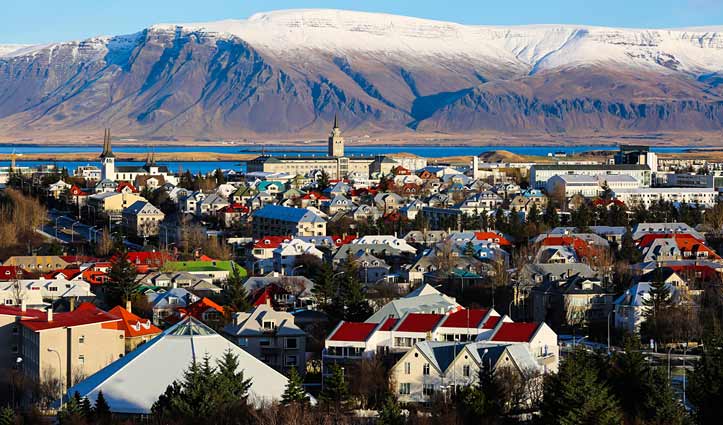 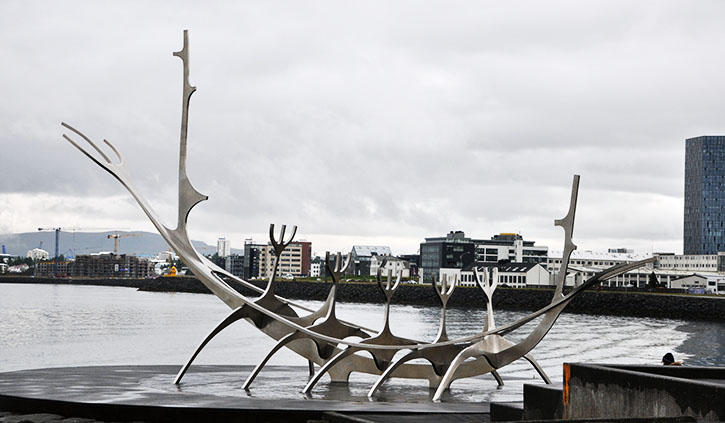 Our second day included a visit to Thingvellir National Park, Borgarfjordur and, Snaefellsnes Peninsular to visit the original location of Iceland’s first parliament, Hraunfossar (lava waterfalls) and Deildartunguhver, Europe’s hottest water spring. For our following day, we were still touring the Snaefellsness Peninsula, making our way to see the magnificent glacier Snaefellsjokull which is an icecap covering a dormant volcano. We walked along the coastal cliffs, treated to the rich birdlife in the area of Arnarstapi. 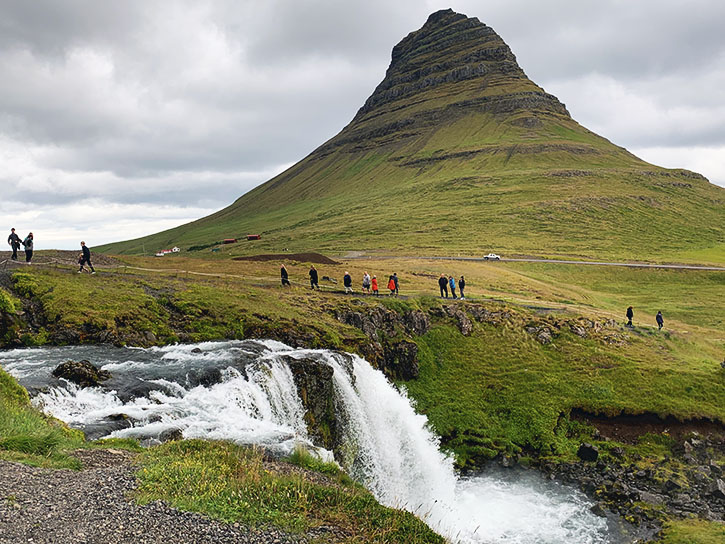 Heading further up the north coast, the following day, we visited the picturesque Trollaskagi Peninsula to the small fishing town of Siglufjordur, which is surrounded by towering mountains on three sides, with a fjord to its north. We spent the night in the pretty town of Akureyri, which is home to a 1940’s church with beautiful stained-glass windows. Hiking, Horseriding and Whale Watching are easily accessible from Akureyri. 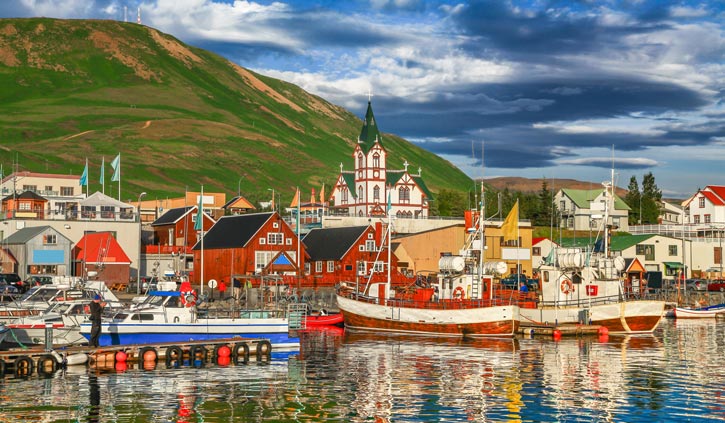 On day 5 we stopped at Godafoss, commonly known as the Waterfall of the Gods and continued to Lake Myvatn that has many geological anomalies along the lake’s shoreline including the boiling mud pots and sulphuric vents of Namaskard. Another spectacular waterfall in the area is Dettifoss, referred to as Europe’s mightiest waterfall. Travelling along Iceland’s east coast on day 6 we were treated with high mountains and deep fjords.  The boat tour at Jokulsarlon Glacier Lagoon was a major highlight with beautiful blue waters and many floating icebergs to be seen.  The icebergs originate from Vatnajokull, Europe’s largest ice cap. 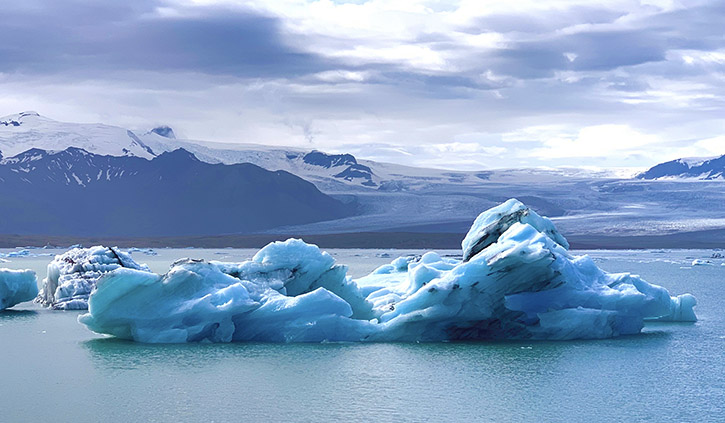 The following day, we walked to the glacier in Skaftafell National Park and visited the small village of Vik. Travelling along Iceland’s South Shore, sights included the Solheimajokull Glacier. When the sky is clear you can see the Eyafjallajokull volcano that was responsible for grounding flights for several days in 2010. The Seljarlandsfoss and Skogafoss Waterfalls are amazing and we overnighted at a farmhouse in the Hvolsvollur Valley. 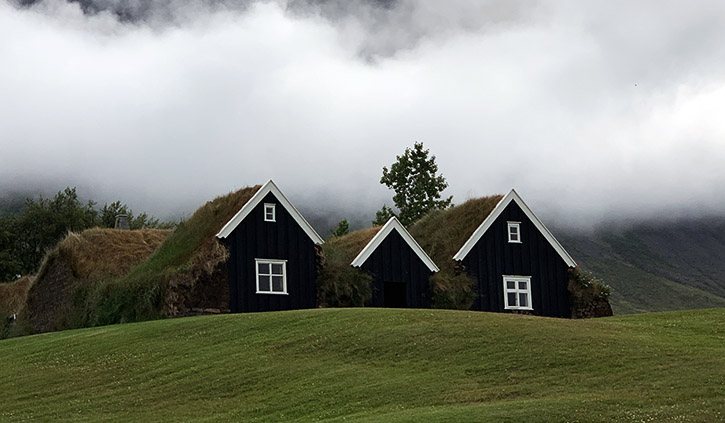 For our final morning on day 8, we travelled to the geyser geothermal area to the Geysir hot springs and Strokkur geysir which erupts on average every 10 minutes. Your patience is needed here to catch a great photo of the eruption. Your last waterfall is Fullfoss, the Golden Waterfall and on a sunny day in the sprays above the waterfall you can see the colourful rainbows.
For anyone that enjoys “chasing waterfalls”, Iceland is your number one destination, with around 10,000 to choose from, they are of varying heights, sizes and beauty; you won’t be disappointed! 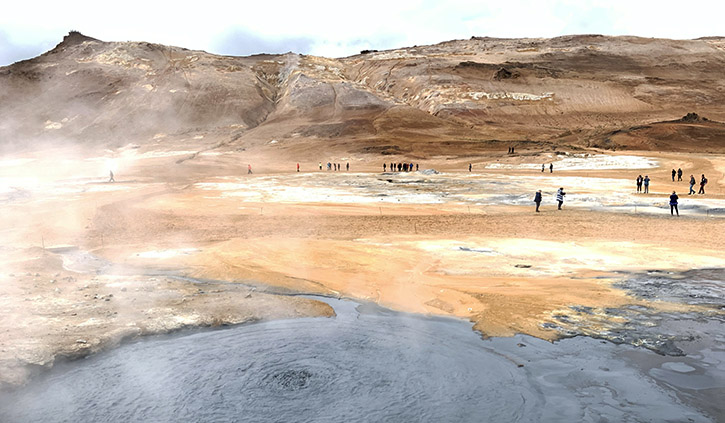 To book your holiday to Iceland contact us on 1300 987 929 or email: contact@luxuryandexpeditioncruises.com.au